Which Whole House Generator is Best for Your Home and Family 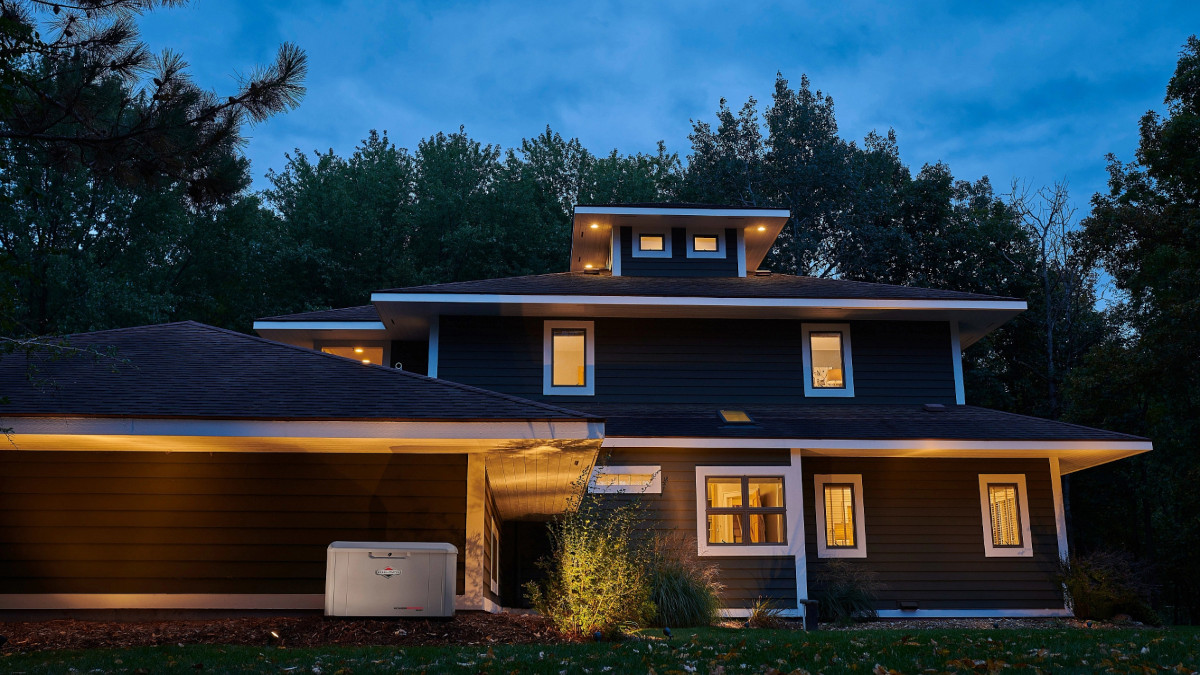 The generator industry has various classes of generators that could be used for home backup, but only one class was originally designed and built for the purpose—the Standby Generator.

We can talk about the standby generator in terms of the whole house, whole house with power management, or a generator that powers only the essentials. In this article, we will talk about two out of the three. Whole house and Whole House with Power Management.

What is the Best Whole House Generator?

The generator with the power capacity and reserve capacity to efficiently handle your power needs during an outage.

That could mean very different generators for different homes and different families. The couple who downsized after retirement to a smaller home that is easier to keep up needs less power than a growing family in a 3000-square-foot house. A home in a desert environment where temperatures consistently climb into the triple digits requires more power for cooling than a house in northern Minnesota and it needs a better method of cooling itself or it may overheat and shut down. The Minnesota home where it frequently drops below -30 must start and run reliably in that kind of weather. The best whole house generator means different features for the climate, the family, and the home size.

Before we dig deeper, let’s talk about generator cooling.

An Air-Cooled Standby Generator uses a fan to blow air over the engine and alternator to remove heat. This method is efficient and effective for most environments up to about 100 degrees. Climates with temperatures that regularly exceed 100 degrees are a candidate for a Liquid-Cooled Standby Generator. Liquid-cooled machines pump coolant through an engine and radiator and use a fan to remove heat from the liquid. They are much more efficient at cooling than an air-cooled generator, but they cost most and use more fuel.

Keep in mind that physical size is a poor indicator of an appliance’s power requirements. A single hair dryer can use more power than two refrigerator or large freezers, for example.

Without power management, the generator supplies the entire house, all the time. The air conditioner can turn on as needed while the water heater keeps the water hot and the electric range has full power to cook a holiday dinner. With a houseful of guests, the well pump runs frequently.

For some busy families, unmanaged power is the best option. Others may want to reduce the initial cost of the generator and installation and the future costs of fuel and maintenance.

What Size Generator Do I Need? 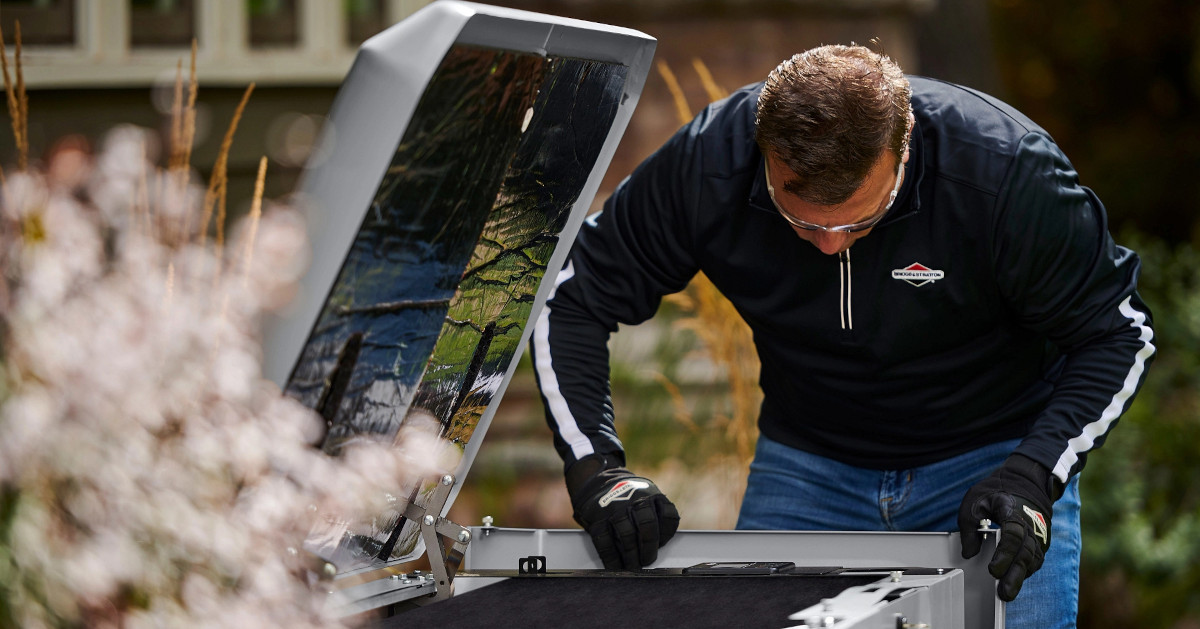 Whether you select a whole house generator with managed power or choose to provide the entire house—including the heavy loads—with full power, the calculations allow for an estimate on the power needs of any home. They start by applying a watts per square foot calculation and add all the loads within a house.

The calculation is not complex but requires following specific steps. At the end, a homeowner should have a minimum power requirement estimate that will work for most homes. Adding power management allows the generator system to lock out specific loads to prevent them from running on generator power. Other heavy loads can receive power all the time or power management can prioritize the most important loads over those deemed less important.

A Managed Power Option allows a smaller, more fuel efficient generator that costs less to power the entire home, but limits the amount of power used to the generator capacity. By allowing the generator system to manage loads, the homeowner saves the cost of a more expensive generator and possibly, in the case of a liquid-cooled versus air-cooled generator, much less money on installation.

Generator power ratings are given in watts (W) or Volt-Amps (VA). A residential installation will almost always be split single-phase power.

Watts = Volts x Amps = VA for all single-phase installations. All appliances must have a nameplate that provides electrical information, including the voltage and amps. A look at an appliance nameplate should reveal the power requirements for that appliance.

Devices with a motor contain additional information. Those with two or more motors may have information for each motor in addition to the electrical requirements for the device.

Like most engines, motors, and machines, running a generator near the maximum rated power for extended periods will shorten its life. The manufacturers of many standby generators specify that the generator should run continuously at no more than 80 percent of its rated capacity.

We always recommend adding a 25 to 30 percent margin to the load calculation when determining whole house generator capacity.

Whole House Generator Systems manage power by controlling when some of the circuits receive electrical power. Consider the simple scenario of a home with a central air conditioner and an electric water heater and no other heavy loads. The homeowner chooses a medium capacity generator with power management.

The power goes out and the generator senses the loss immediately. It waits a few seconds to make sure the power interruption wasn’t momentary, then the engine starts and comes up to speed. Thirty seconds later, it signals the automatic transfer switch to supply power to the house from the generator.

The ATS isolates the house from the utility lines. The two heavy loads are, for the moment, disconnected, and the ATS switches to generator power. All the loads in the house except the air conditioning and water heater have power.

In an environment with frequent hot days and power outages, scenario two fits the homeowners needs better than scenario one. On the other hand, in a cooler climate, the smaller generator with power management alternates the loads and keeps the home cool and the water hot.

Power management can also lock out certain loads and prevent them from running at all during an outage. On demand water heaters, hot tubs, and swimming pools are some examples of loads the homeowner might choose not to run during an outage. Doing so allows a smaller generator to power the house, use less fuel, and possibly reduce the cost of purchase and installation.

In scenario three, a large home with a large family has three air conditioners, two large water heaters, and an electric in-wall oven and cooktop. One air conditioner keeps the main living space cool, the other two provide cool air to the upstairs and basement. While power management is still an option, the generator required has a much larger capacity than the air-cooled units in scenarios one and two. Turning off one air conditioner to run the one upstairs means the house will get warm before the upstairs is cool.

This homeowner chose a generator with sufficient capacity to cool the entire house while keeping both hot water heaters working and allowing the family to cook dinner on time. If a home this size has electric heat, it may require an even larger generator.

It comes down to weighing costs versus benefits and the importance of each to the family. Costs include the purchase and installation, upgrades to utilities like natural gas meters, propane tanks, and circuit breaker panels. Consider fuel cost—larger loads consume more fuel. Liquid-cooled generators cost more to maintain than air-cooled and they use more fuel to generate similar amounts of power.

The difference between purchasing and installing an air-cooled model versus a liquid-cooled is considerable. With managed power, an air-cooled generator can handle most mid-size to large homes. Go unmanaged, and the load could require a liquid-cooled generator at a much higher cost for purchase and installation, and later in fuel costs and maintenance.

All the whole house generators by the top manufacturers are reliable, but some are more reliable under certain circumstances. In very hot environments like the desert Southwest, a liquid cooled generator can cool itself more reliably than an air-cooled unit. Home and business owners experience fewer heat-related shutdowns with liquid-cooled generators versus air cooled. In the same hot climate, effectively cooling a large house might require several air conditioners to run at the same time. An air-cooled generator might not have enough power for all the air conditioners to run at once. Managing their power doesn't work because only the first will ever get a chance to run.

The Upper Midwest is well-known for sub-zero temperatures that fall to -30 F or colder. Summertime temperatures may reach the triple digits for a few days out of the year, and only for a few hours in the middle of the day. This type of climate is better suited for a generator that will start at -40° Fahrenheit, but still keep a house cool on the hottest day of summer.

For most families, part of the answer lies in the family budget. First they determine the load for a whole house generator, then pare the load down with power management and chooses a generator that costs less to purchase and install, is more fuel efficient, and less costly to maintain.