DuroMax and DuroStar Generators offer dependable power whenever and however you need it. Comfort, Safety, Work, or Play. Electric Power for every-day life whether you’re at home, on the job, or out in the middle of nowhere. Choose from three configurations to fit your needs and lifestyle. Regardless of which configuration works best for you, you’ll find these essential features on every DuroMax or DuroStar Generator.

Each DuroMax and DuroStar Generator comes equipped with Electric Start. Recoil backup is always an option. All generators include the 12-volt starter battery. Some models have the standard electric starter. Standard electric starters have a three-position switch with Off, Run, and Start. Move or turn the switch from the Off Position and hold it in the Start Position until the generator starts. Release the switch and it returns to the Run position.

Duromax Generators equipped with electronic features may include pushbutton start. Turn the battery switch to On. Push the button. The generator operates the starter automatically to start.

Recoil Starting follows the same startup procedures as electric start. Move the generator start switch or battery switch to On. Pull the handle slowly until you feel resistance, usually within the first inch or two. Pull quickly to the end of the cord to start the engine.

Always return the handle to the retracted position before releasing it.

Read the starting procedure in the owner manual for specific steps to follow for your generator model. 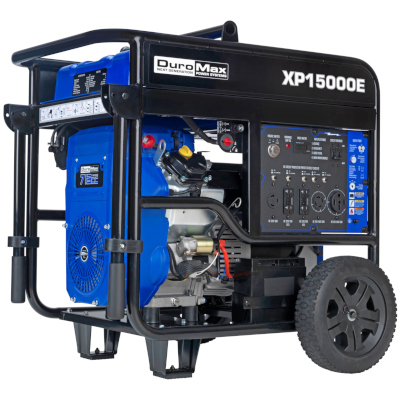 Dual Fuel Generators operate on either Propane or Gasoline for greater flexibility. Propane has advantages over gasoline. It is easy to transport without spilling or noxious fumes filling your vehicle. It stores for long periods without deteriorating. It’s commonly available in twenty-pound tanks and larger tanks are available. Using propane reduces emissions, making it a greener and less carbon polluting option. 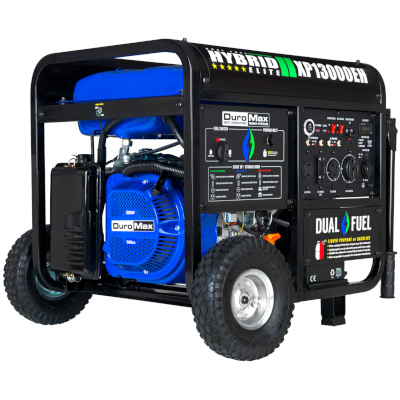 Gasoline is readily available throughout the country. It’s easy to get and convenient. If you need gas for a generator other engine, take your gas cans to the gas station and fill them up. Gasoline provides more energy than propane. A dual fuel generator running on gasoline can provide more power than running on propane.

Carbon Monoxide or “CO” is a colorless, odorless gas that causes carbon monoxide poisoning. It is present in the exhaust gases of all internal combustion engines including generators. Appliances that burn fossil fuels including natural gas and propane also produce carbon monoxide.

A generator equipped with CO Alert is NOT safe to operate indoors.

Never operate a generator indoors. Always operate portable generators, including those equipped with CO Alert, at least 10 to 20 feet away from the home in a non-confined space. Do not operate the generator in garages, sheds, or any building. 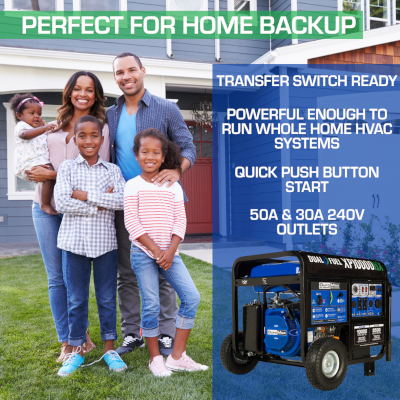 The popularity of Recreational Vehicles has grown in the last decade. RVs are the home away from home you can take anywhere from RV parks to remote campsites or sometimes, the big box store parking lot. Most RV parks have shore power connections, but for those times when you’re getting away from it all, the RV Ready Generator supplies power for house batteries, air conditioners, and appliances. 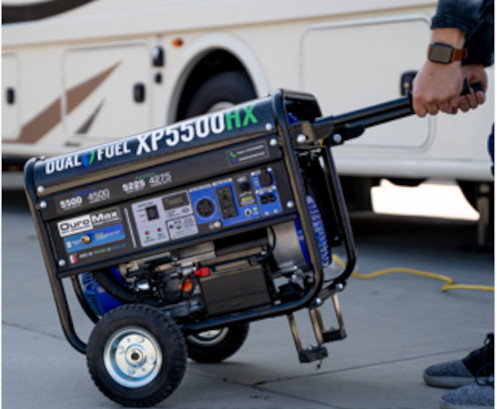 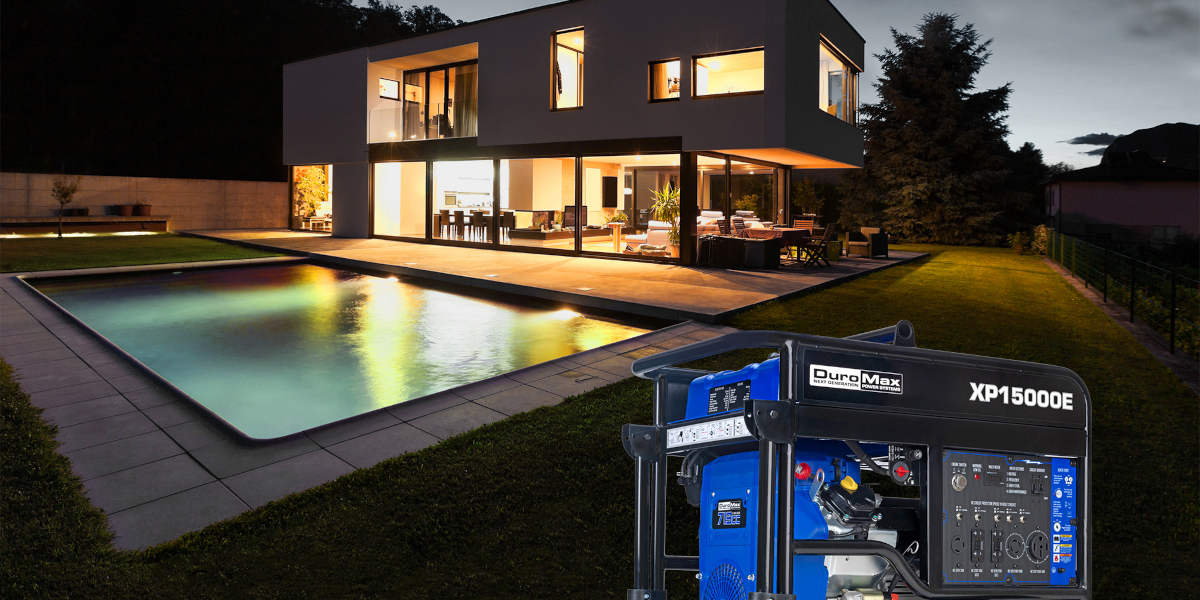 Weather events including hurricanes along the coasts or a grid failure like the one during Winter Storm Uri can have devastating effects on people. In the West, the threat of wildfires has California Utility Pacific Gas & Electric instituting blackouts when high winds threaten because their aging distribution equipment is prone to starting wildfires. In one event, PG&E shut down power to more than 750,000 utility customers affecting up to 2.5 million people.

Use a Portable Generator in a Power Outage 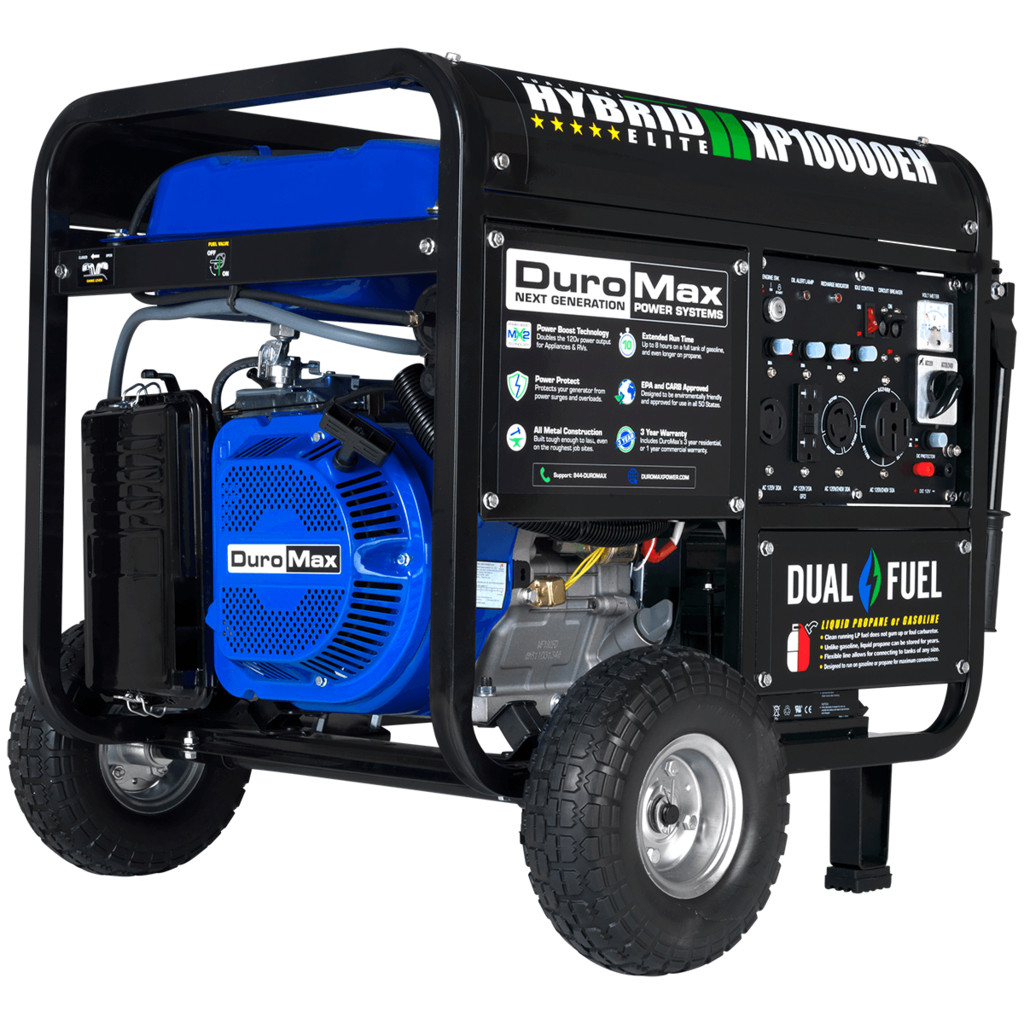 With a DuroMax or DuroStar Generator, homeowners can keep the power on to refrigerators and freezers, an air conditioner, and pumps, and lights plus some conveniences. With a DuroStar Dual Fuel XP15000EH 12000 watt generator capable of a 15000 watt surge, even larger homes can keep all their essential circuits powered up and operating. The safest, easiest, and fastest connection is a manual transfer switch wired to power your most critical circuits.

Contractors with their own source of power have an edge. They aren’t reliant on power from a customer or utility. Remote job sites are no problem. Start the generator. Plug in tools. Go. A good generator can supply power for air compressors and table saws or hand tools like circular saws, electric drills, and even power the job site radio or lights after dark. 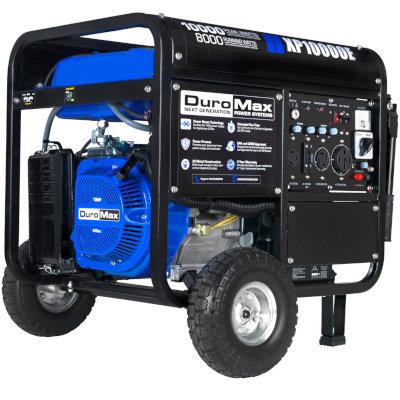