How to Choose the Right Fuel for Your Generator

Choosing a new generator includes many important choices. Fuel stands out as one of the most important choices to make because it matters. Access and availability govern this choice because without the fuel it won’t run. For example, if your business utilizes the power of a commercial diesel generator, but your location makes delivery by truck difficult and expensive, that is a problem in the best of times and even worse during an extended outage after a natural disaster.

How it Works—the Components of Backup Generator 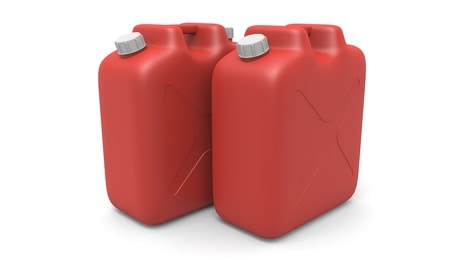 Widely available gasoline is often the first choice considered by generator shoppers. The cost is reasonable in small quantities. Stocking up requires little more than a trip to the local gas station with a few plastic gasoline containers. Unfortunately, it has a relatively short shelf life of one year or less and most local governments limit storage to 25 gallons or less due to its volatility.

Supplies often run short during an emergency and unless you a small and very efficient portable inverter generator, 25 gallons won’t last you more than two or three days. Even if local gas stations have fuel to sell, they can’t unless they have their own backup generator.

Most manufacturers do not build gasoline-powered standby generators. They are considered impractical and expensive to run. Gasoline-powered generators are almost exclusively found in the portable and RV markets.

On the energy scale, gasoline has less stored energy than diesel and more than either propane or natural gas. Farmers gain an advantage as they can make bulk purchases without paying the road taxes—a considerable savings. Diesel is more practical for operating a generator. 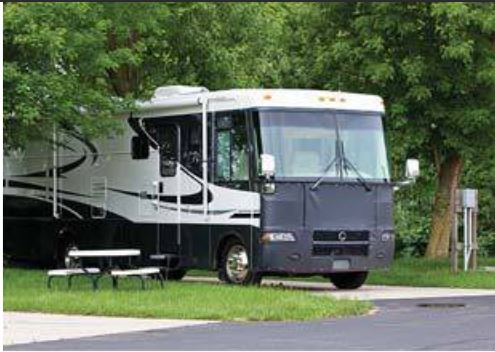 Diesel fuel is a relatively stable fuel as opposed to gasoline and far less volatile. It carries more energy than any of the four popular fuels. Diesel engines lack spark plugs which makes them easier to maintain. They have a reputation for reliability and longevity provided good maintenance and upkeep.

The most efficient and cost-effective method of fueling a residential diesel standby generator or commercial generator calls for a delivery by your local oil company. They come in a truck and pump it directly into your external or internal fuel tank. The cost of delivery will probably offset any savings in road taxes. In remote areas where natural gas is not available and propane delivery impractical, diesel fuel is the best alternative.

Internal tanks on diesel generators hold enough fuel for approximately one day of operation at less than full load. Units that must run longer will need daily refueling or an external tank that holds enough diesel for extended run times. 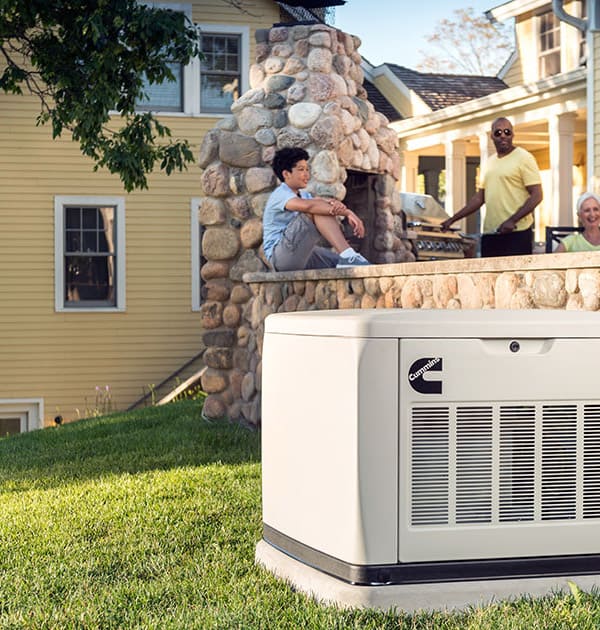 Natural Gas is one of the most cost effective and widely available fuels for standby generators. Natural Gas carries less energy of the four most common fuels available but is the most popular fuel for air-cooled home backup generators because the fuel supply is virtually unlimited. Local utilities deliver Natural Gas via pipelines to most cities and towns. Only small towns and rural areas do not have natural gas available.

Because it carries less energy than Propane, dual-fuel generators that operate on Natural Gas sometimes have a lower capacity rating than while operating on propane. Thus, a 20-kilowatt generator might top out at 18 kilowatts while running on natural gas, but supply 20 kilowatts using propane.

Because it has no storage requirements for the end user, Natural Gas often makes the best fuel choice wherever it is available. Schools, industrial and commercial operations, and residential homes use Natural Gas to power backup generators along with heating and cooking.

A Natural Gas Standby Generator for Home and Business Backup Power is the most common and least expensive to operate.

Standby generators are the most common Natural Gas Generators. The gas also finds limited applications in the portable generator market. 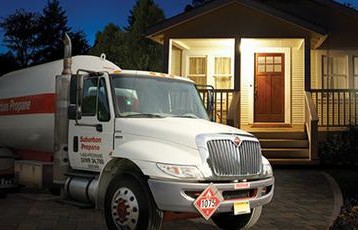 Propane—properly called Liquified Petroleum Gas—is a clean-burning fuel with an unlimited shelf life. Users store it in tanks ranging in capacity from 20 pounds to thousands of gallons. Common storage tanks for home use start at 100-pound bottles with larger tanks holding 250, 500, and up to 1000 gallons. Tanks are never filled to capacity because the pressurized liquid needs room to boil into gaseous form. For example, a 250-gallon tank probably never holds more than 200 gallons.

Backup generators for home use arrive from the manufacturer ready for connection to natural gas. A simple change during installation changes the gas inlet to the correct size for propane. The most common method of change uses a valve turned one way for natural gas, and the other way for propane.

As an energy source, Propane carries more energy than Natural Gas, but less than either diesel or gasoline. Storage and delivery are convenient, and propane is considered safer than gasoline, although it is highly volatile in the event of a leak. 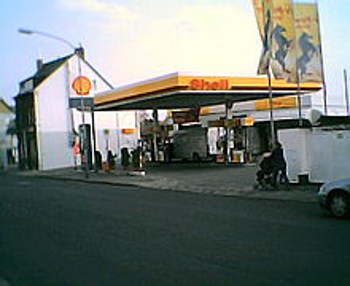 For most residential applications, natural gas is the logical choice with propane a close second. Propane users should plan carefully in the event of an outage and should keep their tank at least half full. Find out if your propane supplier can deliver during power outages. A week of use can deplete all but the larger tanks.

Diesel does have limited use in the home backup generator market, but is more common for industrial, institutional, and commercial applications. Supply is important as many installations can only run for a day or at most two days on a single tank of fuel.

Gasoline has mainly become relegated to the RV generator and portable generator market. It does power some large portable generators, but when it comes to efficiency, it can’t match diesel. Storage problems include aging and volatility, and local regulations against storing large quantities of highly flammable fuel.